Artist, printmaker and technician at the DCA print studio, amongst a few other things. He was one of the founders of Dundee Print Collective and has been part of many amazing projects since including print city.

Scott chats about his first experience coming to Dundee from Sunderland and applying to art school with his big A1 portfolio in tow. Coming over the Tay on the train is always picturesque and it seems to have had an impact on Scott’s live as Dundee keeps drawing him back.

We go on to discuss his time at art school studying illustration and exploring various printing methods. Although screen printing would go on to feature heavily in his career Scott says that he did very little of it at art school. It was more a technique that the graphic design students were using rather than the illustrators.

After leaving art school Scott went off travelling but ended up back in Dundee and at the newly opened DCA. In the print studio he started to get to grips with all the kit helped by funding from the Scottish Arts Council (now Creative Scotland). This is when he really got his hands on screen printing and started up the Dundee Print Collective.

Influenced by the 2013 Impact Print Conference in Dundee Scott and a couple of others decided to start up Dundee Print Collective. It’s a collective that makes and exhibits print work but anyone can get involved. You don’t have to think of yourself as ‘creative’ or have done any printmaking before to get involved. They’ve now put on 7 exhibitions with their 8th, Edition 4, coming up this month. It’s going to be their biggest exhibition yet with over 70 people getting involved. I’m even going to have a go at creating a print for it myself. It’s a really great way of dipping your toe into printmaking ad getting involved in the great stuff happening at the DCA print studio.

Print City is another of the projects Scott has been part of and it was an amazing spectacle at this year’s Dundee Design Festival. Gigantic screen printed cardboard shapes locked together to create huge physical structures that you could walk in around, under and over. A new way of experiencing print making and a brilliant use of the old DC Thomson building.

For more info on this week’s sponsor sponsor The DCA Print Studio head to: cccdundee.com/dca 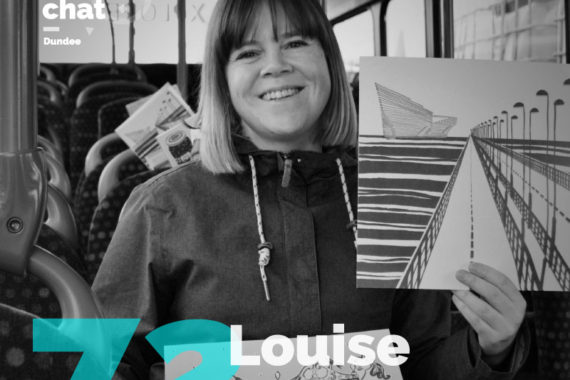 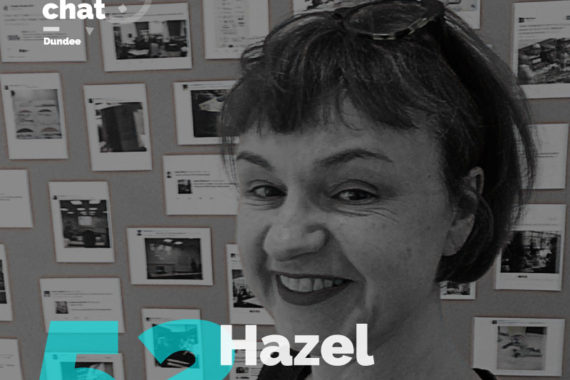