21 – 28 May the Dundee Design Festival will be at the Keiller Centre in Dundee. In this bonus episode me and Lyall Bruce talk about the process behind producing the festival.

21 – 28 May the Dundee Design Festival will be at the Keiller Centre in Dundee. In this bonus episode me and Lyall Bruce talk about the process behind producing the festival.

The podcast has been on a bit of a hiatus and DDF19 is the reason why. So, I thought it only fair to do an episode on our process behind the scenes in structuring and creating the festival.

Ryan: We selected the theme Liveable/Loveable cities and asked people to tell us what that meant to them.

Lyall: I think we are all familiar with the idea of liveable cities these days, but we added in loveable because we think that’s really important in the sense that it’s not just about infrastructure but about something that you cherish. Something that is part of your identity.

Ryan: When we put those questions out there: What would make your city more liveable? What would make your city more lovable? It was a deliberately democratic approach to get everyone to feed in to what the festival should be and could be. And that approach is what underpins everything we are doing. We wanted to ensure that anyone can come along, at any time in the festival, and get involved in any part of it.

Lyall: When we looked at those responses – which went around the world actually, it wasn’t just Dundee based; there was a real concern about what city centres were going to be like in the future and how much empty space there seemed to be. That was at the forefront of our minds when we were considering the location of the festival this year. The last two were at West Ward Works, an old print factory but this year we wanted to bring the activity right into the centre of the city.

Ryan: There has been a certain amount of legacy left from previous festival activity so it felt important to continue that.

Lyall: We all unanimously agreed that the Keiller Centre should be the location for this years festival. The centre have been very happy to talk with us and help us and the current store owners are excited about the centre hosting the festival. Almost immediately we started researching the centre’s history. I remember going as a young child specifically to buy a particular video game from a shop that sold rare Japanese imported games. It turns out that was Dave Jones’ computer shop and of course he went on to do Grand Theft Auto and Lemmings.

Ryan: I remember it was called the Forum Centre for a while and I went there to rent a gorilla costume when I was in first year at art school.

Lyall: Early on in this process we starting collaborating with Tommy Perman, a really good graphic designer who relocated to Dundee from Edinburgh a few years ago. We went to the city archives together to have a look through boxes of old photos and the archivist offered us the opportunity to look through the old packaging designs from the Keiller factory. Of course, the Keiller factory was located on the site of the current Keiller Centre. It was fantastic to see all of these mock ups for sweets and jams and right at the bottom of the box was a Toblerone wrapper. I couldn’t understand why it might be there. And written on the wrapper was Made in London and Dundee. And going back over the photographs we could see Toblerone packaging and the production machine, right in the heart of Dundee in around the 1960s. It turns out James Keiller’s factory had the licence to produce Toblerone chocolate for the Tobler company.

Ryan: We are working with the city archive and private collectors to produce a display for the festival. From that selection of packaging we’ve developed a variable typeface with a series of patterns and colour palette that makes up the visual identity toolkit. We’re using that throughout the festival and we’re giving it to designers that are working on the festival to collaborate and create things from. The starting point and inspiration behind that was the old wrappers, colour palettes and typography used by the original Keiller factory.

Lyall: The idea with the variable typeface grew from the fact that city identities and city branding can be really complex. They have to represent so many different thoughts and ideas. We’ve visited other cities for work and pleasure and from travelling around you can see that badly done identities are just marketing a city; in quite a reductive way; whereas the good ones really embed themselves and really understand their city, for example Helsinki.

Working with Tommy Perman, we started thinking about how the festival could support people to design type for a typeface and quickly realised how chaotic that could be and we’d probably end up with everything looking like a ransom note! So instead we created a system that allows people to shape and adjust the typeface of the logo that makes their city brand.

Ryan: A lot of what we’ve created for the festival is about encouraging people to come in, and play, and explore really easily, really freely without any technical skill or particular level of design expertise. It’s removing the barriers to get to all the fun stuff and in a very tactile way.

Lyall: When you’re designing and you choose or create a typeface – you get the fundamentals in place. Then the fun really starts and that is for me, the most satisfying part of the design process. If you remove the barriers to complicated and expensive software like Illustrator, people can have control of this process and then it allows people to affect the identity of their city.

Ryan: You can do an end-to-end design process essentially. You can come in, pick up a brief, create something, and then release it. You see it go out into the world, on to the actual fabric of the city itself. You can see your work out there on the street essentially.

Lyall: One of the outcomes of asking people about what makes their city Liveable or Loveable is that citizens are actually much more attuned to cultural shifts than the big organisations, like city councils that run cities. Now more than ever it is essential to bring peoples valid, constructive ideas and considered thoughts to the forefront in a really publicly visible way.

Citizens can focus on their ideas or on what they want to say and designers can provide the system to make that clear, accessible and to get the message out there.

A core value of the festival as always been about it being visually
exciting and accessible. No matter the theme, that remains as a central consideration in every aspect of the event and the programme.

Ryan: One of the things about liveable cities as a concept is that often the default area of focus tends to be things like traffic and pedestrian access and a lot of the feedback we got was about big infrastructure issues like cycle paths, but with a week long festival, there’s only so much impact that that type of exhibition will have. For us, the festival isn’t about presenting ready made solutions, but about dialogue, conversations and sharing with citizens and designers.

Lyall: There’s the obvious societal challenges that people are talking about. There’s brilliant work happening right across Dundee, but under the radar. There are many changes that we may not see but that we should see. At the heart of the festival concept is to find a way of supporting people to start the process of making these ideas for change visible. 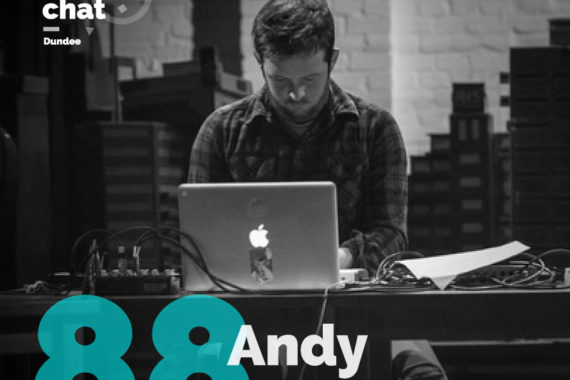 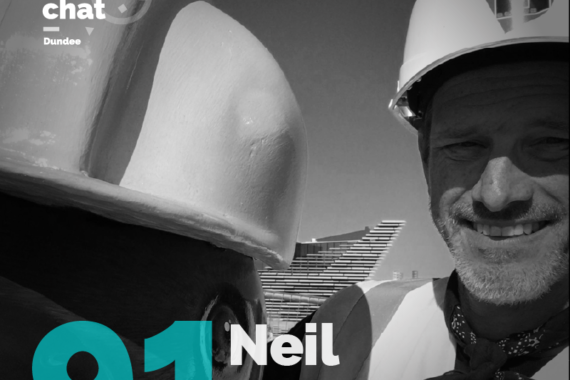 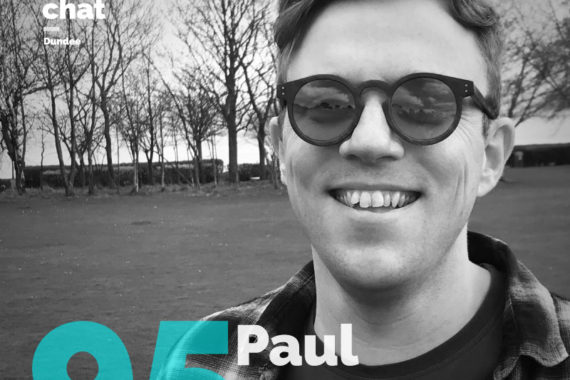